Strive for Balance visualises on an abstract level the massive migration movements we are facing nowadays. Man always migrated the earth and in the process of these movements changed on multiple levels again and again the make-up and social structure of the globe. Remnants of those attempts litter the earth and form structural and social realities and environmental facts we all have to deal with. Wars, difficult economic conditions but also massive loss of habitat due to climate change (dead land, dead water) initiate migration. Indeed, the expansion of habitat in our western hemisphere creates processes (mining, massive land grabs, expansion of cities) that have the capacity to force peo- ple off their land. Every year up to 3 million people are displaced and forced to flee by consequence. I am interested in visualising the human behaviour that leads to these situations and our non-ability to see consequences to the actions we chose. I am thinking of problems that pile up all around us - whilst we are occupied with other things.

The Work Strive for Balance is a collage on many levels: You see a ship wreck, the Croydon, a cargo vessel that sunk in a River Delta in Tasmania in the year 1914. It is embedded in vegetation. The anchor-chain is tightly stretched from the base of the ship to the shore - a point somewhere in the jungle. I researched the history of the shipping-industry which had always a huge role in transportation of wealth and man between continents. In the course of the century-long history of trade and transportation vessels got lost, sunk or were wrecked - both accidently or deliberately. And then it is mans habit to, when it is calculated not to be economic enough to put away and harvest the remains, leave everything just as it turned out. This way over a 3 million ships still rest somewhere in seabeds. In the image an anchor-chain is tightly strung from the vessel to the shore and you see a young naked man balancing on it. He is one of those happy, environmental-concious individuals that are brave enough to balance naked over the Grand Canyon, make a go-pro-video from it and live to tell the tale to his ever growing instagram-community and other social networks later on. Those two, the protagonist and the stage he is on - have nothing to do with each other? No link whatsoever? Except there is more than one connection: Because similar to the way we handled ourself over the centuries on this planet, we effectively spun a web of actions over the world - built a stage - and made us thus the main act on this globe. And like the good artists we became to be, we have to strive for balance now. All of us. Together.

The print itself is a unique an handmade transfer-print. Each square shows a printing plate and thus the process which is quite fragmented is shown openly. It con- sists of nine separate paper parts that are building togehter the whole image. The whole image unfolds like a stage and the viewer can enter it on eye-level. 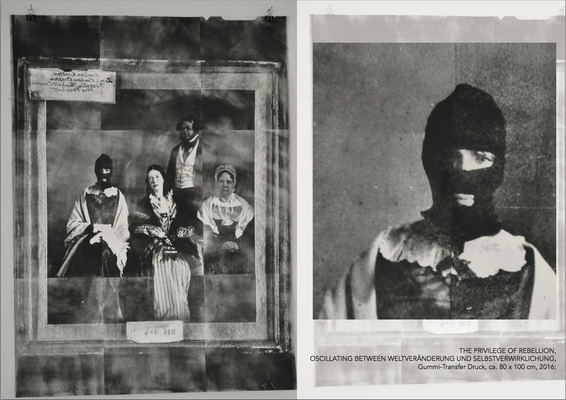 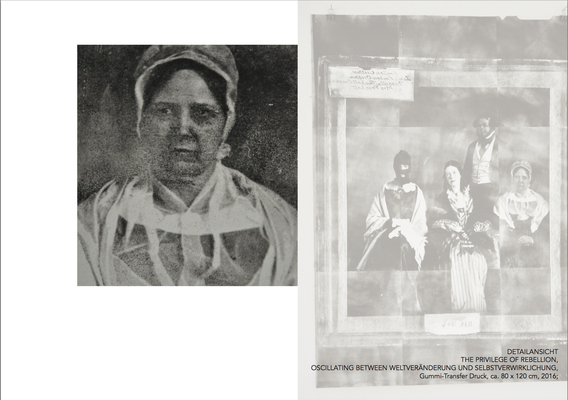 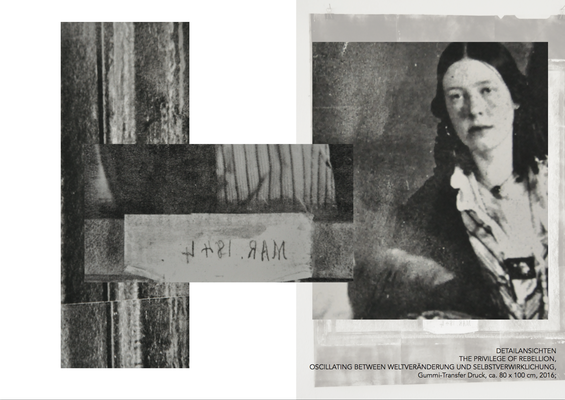